In Defense of Quinn Hughes’s Defense

I’m a big believer in analytics and am constantly looking at CF%, GAR, xGAR, WAR and RAPM charts, etc. for clarity and guidance on player performance and have used them many times in articles. When I think there is a disconnect it needs to be looked at a little closer.  Especially when it directs a narrative about certain players that might not be as accurate as it should be. This is certainly not an attack on any of those advanced stats, but just an observation that they shouldn’t be taken as an absolute.

Goals Above Replacement (GAR, WAR, and SPAR) is a metric that attempts to assign a total value to each player, which represents how much that player contributed to their team in a single number.

Case in point, Quinn Hughes’s play this season (2020-21). If we look at EVD (Even-Strength Defense Goals Above Average/Replacement Level) Hughes was 7th worst in the NHL at -3.3 just ahead of Josh Morrissey at -3.1. If we look at Even-Strength Defence Wins Above Replacement (-0.46) Hughes was last just ahead of teammate Tyler Myers (another issue altogether) and lastly throw in 5v5 xGA/60 and Hughes came out near the bottom once again.

Each of these categories is weighted to the point where they outweigh his offensive contribution and put Hughes as a negative contributor in xGAR (-1.4) and xWAR (-1.0) and just barely above replacement in GAR (0.4) and WAR (0.1). I realize these are estimates but to tell me that the contribution of Hughes is that of a replacement-level player this season is simply untrue.

So one of two things is happening. I’m over-inflating the value that Quinn Hughes brings to the Canucks on a nightly basis and he is in fact one of the worst defenders in his own end or the analytics are putting a little too much weight on certain aspects of the defensive side of things and too little on other contributing factors. I’m going with the latter.

The reason I’m focusing on Hughes for this article is that I’ve been able to watch every shift of his this season and I feel that I can comment more confidently than say Josh Morrissey or Morgan Rielly who I don’t watch nearly as much.

Let’s compare Hughes and his ex-teammate Alexander Edler with their EVD and drill a little deeper solely into their measurable defensive statistics. Hughes was minus 3.3 in EVD and Edler led the Canucks with a positive 1.8 EVD which on the surface gives us the impression that Edler is a much better defender (and one on one in front of the net I would tend to agree).

Using Frozen Tools Player Comparison, we see that the biggest differences for Edler and Hughes are plus/minus, hits, blocks, giveaways and zone starts. This leads me to believe that an emphasis is put on these highlighted stats and a blocked shot equates to good defence, which is not always the case.

Expanding on blocked shots and the correlation to good defense I took the top 10 in the league and compared where they were for EVD and took the bottom 10 as well. The top 10 had a cumulative EVD of 11.9 while the bottom 10 were minus 10.4.

Stats aren’t publicly kept for bad pinches, getting caught on two-on-ones, leaving your check open in the slot or getting beat one on one except when it generates a chance or a goal.  Those instances will never isolate the player that caused those events to happen either and all the skaters on the ice will be equally responsible. Neither are they kept at the NHL level for controlled zone exits or successfully coming out with the puck in board battles, but these are both elements that Hughes excels at and doesn’t get credit for on defense.

I’m not going to argue that Hughes is a good defender away from the puck. He simply isn’t and probably never will be but I will die on the hill that states he is a very good defenseman that contributes much more to the team than any other on the Canucks and he is being unfairly cast as a horrible defender.

Has he taken a step back from last year? No doubt. Does he struggle defending in front of his own next? Of course. Has he performed to a level this season that would measure him as the best Canuck after 32 games? Hughes has been the best defensemen on the Canucks this season and it’s not even close, yet he was 5th in GAR and WAR and 6th in xGAR and xWAR in 2020-21. That is a broken metric for Hughes.

To focus on some things that Hughes does that no other defenceman on the Canucks can do with regularity is his ability to skate them out of trouble, his ability to pass them out of trouble. He rarely makes a bad pass in his own end and when pressured he usually makes good decisions with the puck. When he has the puck or has a chance on the puck he is excellent. When he doesn’t have the puck, his positioning has improved in the slot from last season and he does quite well along the boards in battles. His gap control seems fine, but he can get beat one on one or get caught up ice, but that is usually on the forward that isn’t covering properly. To be honest, I thought he was going to be much more of a liability in his own end than he has actually been. He’s a high-risk high-reward defenseman who is going to make some mistakes.

I’m convinced there is a certain style of play in defense that gets rewarded and another style that gets dinged and it is something small that is being weighed too much or too less in an algorithm. Whether it is the intent of the stat or not to reflect an overall total value to a player, people that see it can take away a false perception very easily and an unfair narrative ensue.

Part of the reasoning for this website was to bridge the gap between analytics and the eye test, but it will always be a work in progress. 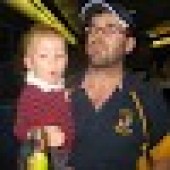